Power Stop Rotors Review
We use cookies to ensure that we give you the best experience on our website. If you continue to use this site we will assume that you are happy with it.OkPrivacy policy
Scroll to top

If you are in the market for a mid-sized SUV there are lots of great options available. Mid-sized SUVs are a great choice for families that need the space of an SUV or van but don’t want to sacrifice style. Many models on the market now offer 7 person and 8 person seating options, as well as enough storage for the family’s luggage or lots of groceries.

Also, many models allow the owner to fold the rear seats down to increase the storage capacity which comes in handy for those large items that you just can’t fit into a car. In this article we will examine the 2018 Honda Pilot review. We will take a closer look at its features, pricing, performance and compare it to some similar vehicles in its class to see how it stacks up against the competition.

Quick Navigation
What Is the 2018 Honda Pilot Review?
Features
How It Compares
Conclusion

The Honda Pilot is a mid-sized SUV that has become one of the most popular models in its class over the past several years, and for good reason. The Pilot is loaded with top-of-the-line safety features, 3rd row seating, spacious cargo space, and outstanding performance. The 3rd generation Pilot has been redesigned with the newest technology.

The 2018 Honda Pilot Review has a lot of room and features one of the most powerful V6 engines in its class. The Pilot has a towing capacity of over 5,000 pounds and with some of the best-in-class storage capacities make this vehicle a good choice for camping or traveling. Also, with seating for eight, the Honda Pilot is truly the ultimate vehicle that can do a lot more than a minivan. 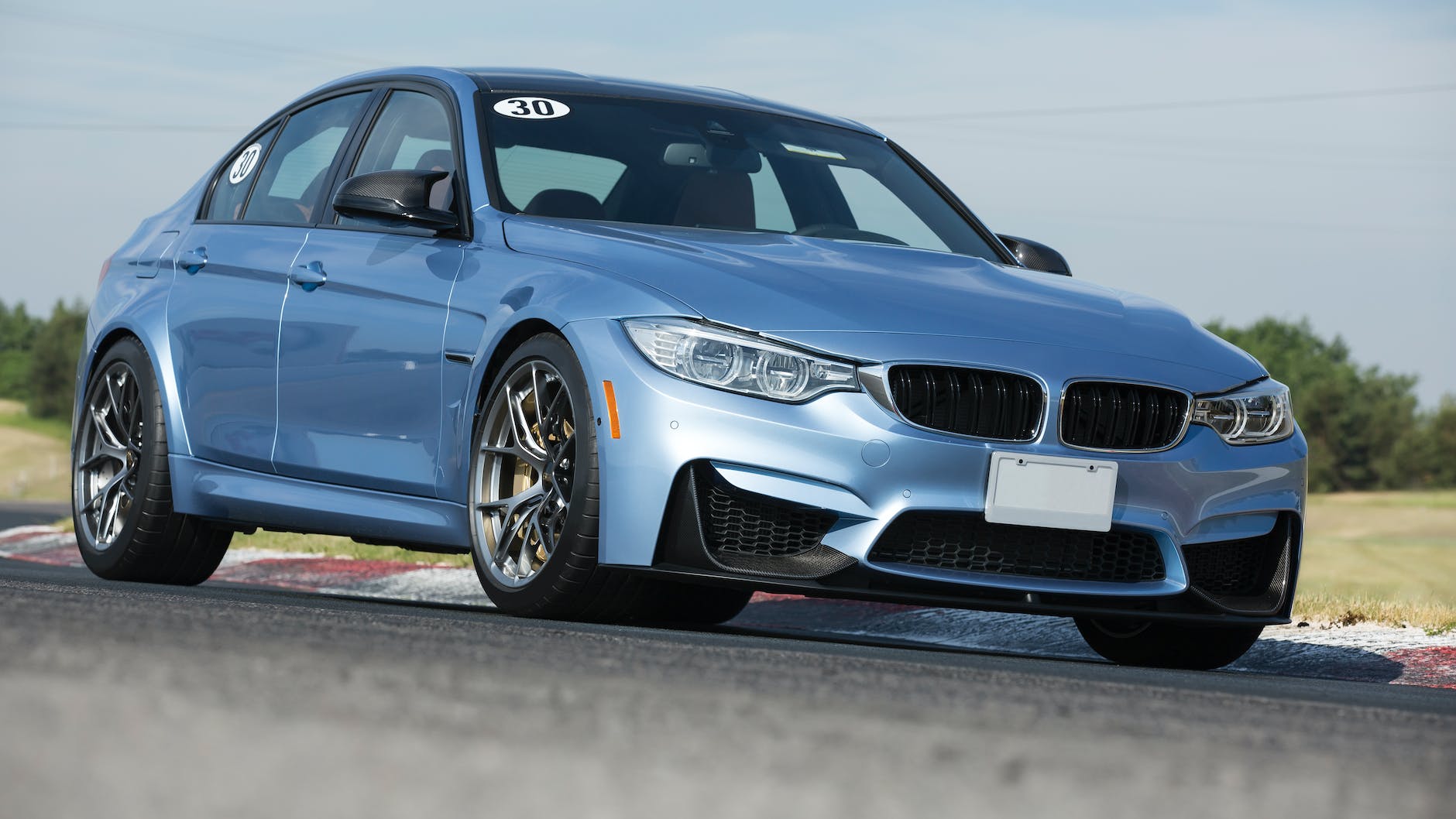 The interior of the Honda Pilot is well designed with lots of padded surfaces. The sound insulation is high quality and gives the interior of the Pilot a very quiet ride. According to the 2018 Honda Pilot review the base trim is the LX model, and while this may be the entry-level trim of the Honda Pilot, it has several nice features that are sure to impress. The Pilot LX comes standard with a 3.5 liter V6 engine that delivers 280 horsepower and 262 foot-pounds of torque, and a six-speed automatic transmission. Also, a five-inch touch screen display along with a seven speaker sound system which is Bluetooth compatible and backup assist camera come standard.

The Elite model features everything the Touring model has but adds a few extras such as: A heated steering wheel and heated front and second row seats, LED headlights, panoramic sunroof, HD radio, and Honda’s blind spot monitoring system. Also, due to the heated captain’s chairs in the second row, the Elite model’s seating capacity is seven instead of eight.

According to our 2018 Honda Pilot review, the Pilot is reasonably priced for a mid-sized SUV with 3rd row seating. The Base LX model starts at approximately $31,000 while the top-of-the-line Elite model is priced in the vicinity of $47,000. The most popular trim configurations: The EX and EX-L can be found for about $33,000 and $36,000 respectively.

We picked a few similar products available on the market to see how they compare.

We have determined in the 2018 Honda Pilot review, that the Pilot can be purchased for approximately $31,000 to $47,000 depending on trim level selected and any optional features. This price range is very reasonable for the Pilot and is in line with similar vehicles in its class.

From the base trim package to the highest trim, the Honda Pilot is loaded with features that are comparable to any mid-sized SUV on the market in its price range. The 2018 Honda Pilot review optional Sensing package, as well as premium sound system, entertainment system, and optional 2nd row captains chairs are higher end features that give this vehicle a little extra.

Several great safety features such as backup assist camera, and the available Honda Sensing package provide outstanding safety features. Also, steering and braking performance is very good with this vehicle stopping from 60 MPH to 0  MPH in roughly 120 feet. While no mid-sized SUV will be exceptional at maneuvering in and out of traffic, the 2018 Honda Pilot review reveals that this vehicle is very agile for a vehicle in this class.

In terms of performance, the 2018 Honda Pilot review reveals that the Honda Pilot is one of the best 3rd row SUVs available. The Pilot goes from 0-60 MPH in 6.9 seconds and easily gets up to speed when merging into traffic. The steering is precise, and the Pilot is very nimble for a vehicle in this class with above average handling of sharp turns and winding roads. Also, the interior of the Pilot is very spacious and seats are more comfortable than most vehicles in this class.

The Kia Sorento is a mid-sized SUV manufactured by Kia Motors. This vehicle comes in several available trims and models. The base package comes with standard cloth seats and a two row configuration that can seat five passengers, however a third row of seats is available in many trim models which brings the seating capacity up to seven. The front seats are relatively comfortable and some of the higher priced trim models feature options such as heated seats, ventilation, and power adjustment.

The Sorento comes with three engines choices. The base Sorento comes with a standard 2.4 liter 4-cylinder engine that gives the Sorento some of the best in class fuel economy numbers with 21/28 MPG. However, the base engine model offers adequate performance for daily driving but lacks the acceleration and performance of its competitors V6 engines. An optional 2.0 liter turbo-charged four-cylinder engine gives the Sorento better acceleration and overall performance while not sacrificing much in terms of fuel economy.

A V6 engine is also available which increases the Sorento’s towing capacity, but lowers fuel economy to 18/25 MPG. The Sorento’s base model is a front wheel drive, but an all wheel drive option is available on all trim levels. The Sorento SX Limited is the highest trim level available and has all the bells and whistles that the top-of-the-line trim levels in most of its competitors.

The Sorento is a solid mid-sized SUV that offers slightly better fuel economy and is somewhat less expensive than most other vehicles in this class, however the trade off is in less than stellar performance and slightly less seating capacity and cargo storage.

The Kia Sorento is priced around $26,000 for the base model up to right around $44,000 for the SX Limited. This price tag is on the lower end of the mid-sized SUV spectrum and represents a very good value.

While the Sorento’s base model only seats five and comes with a lackluster fur cylinder engine, plenty of options are available to upgrade this vehicle in terms of seating capacity, and engine selection. Also, the higher end trim levels have all the features you would expect for a vehicle in that price range.

The Sorento lacks some of the newest features such as front end collision warning and lane departure warning; the steering is precise and braking is above average for a vehicle in this class.

The Sorento performs well given the three engine choices which allows the buyer to better determine what type of performance and towing capacity they are looking for. The optional V6 engine allows for crisp acceleration while not having a huge impact on fuel economy.

This is where the Sorento sets itself apart. Kia offers a 5 year 60,000 bumper to bumper warranty and a 10 year 100,000 mile power train warranty with this vehicle.

The Mazda CX9 is a mid-sized SUV manufactured by Mazda. The CX9 is available in several trims and lots of optional features are available. The CX9 seats seven passengers in a three row configuration and has a total of just over 71 cubic feet of cargo space with the second and third rows folded down which is quite a bit less than the Honda Pilot. While the second and third row seats offer plenty leg and head room, getting in and out of the third row can be a bit of a challenge.

The CX9 also comes with Mazda’s connect interface which is easy to use, but lacks some high-end features such as Apple CarPlay. The CX9 is only available with one engine which is a turbo-charged four-cylinder engine that delivers 226 horsepower and gives the CX9 an overall towing capacity of 3,500 lbs. While this engine offers decent acceleration and performance, the fuel efficiency is very good for a mid-sized SUV with the front wheel drive version getting 22/28 MPG.

Overall, the Mazda CX9 offers very good fuel efficiency, good safety features, and a spacious interior. However, the CX9 lacks many of the higher end features of the Honda Pilot. Also, the lack of a V6 engine as an optional feature limits this vehicle’s usefulness in terms of towing capability.

The Mazda CX9 is available in its base trim for approximately $26,000 and the higher-end trim level is priced around $45,000. This price level range makes the CX9 a low-priced mid-sized SUV.

While many of the features of the CX9 are common to other mid-sized SUVs, the lack of higher end features and no choice of optional engines hurts the CX9 in this category.

The Mazda CX9 scores high marks in the area of safety with some of the best-in-class breaking distances and precise steering.

The Mazda CX9 offers good performance which makes everyday driving a piece of cake, but the lack of an optional V6 engine hurts this vehicle’s overall towing capacity.

The Nissan Murano is a mid-sized SUV manufactured by Nissan. The Murano comes with a standard upscale interior and features a somewhat more sleek and stylish design which helps it stand out from other vehicles in this class. The Murano seats five passengers and is one of the few mid-sized SUVs that does not offer 3rd row seating. Also, the Murano’s cargo storage capacity is slightly on the small side compared with other mid-sized SUVs.

However, the Murano comes with a standard V6 engine that produces 260 horsepower and 240 pound-feet of torque which is enough power to make this vehicle accelerate quickly and crisply. The Murano comes standard with front-wheel drive, but an all-wheel drive version is optional. On the downside, the overall towing capacity is less than most other mid-sized SUVs so if you are in need of an SUV to tow a boat this is probably not your best option. However, if you are looking for a solid five-passenger SUV that checks all the boxes except cargo space and towing capacity, the Nissan Murano is a good choice.

The Nissan Murano is priced between approximately $31,000 and $44,000 depending on the trim level selected.

A standard 8-inch touch screen display, and upscale interior help this vehicle stand out. Our only issue here is the lack of a third row and low towing capacity.

The Murano tops the list in safety features and has traditionally performed well on safety tests for vehicles in this class.

With a standard 260 horsepower V6 engine the Murano offers a very good performance.

For those of you that are in the market for a mid-sized SUV there are many options available in today’s highly competitive market. The 2018 Honda Pilot review confirms that the Honda Pilot is a very solid vehicle that offers value, performance, overall spaciousness, and several high end optional features that make this vehicle stand out. If you are in the market for a very good family vehicle that can do a little bit of everything, we highly recommend reading the 2018 Honda Pilot review.